How to speed up websites ith HTTP/3 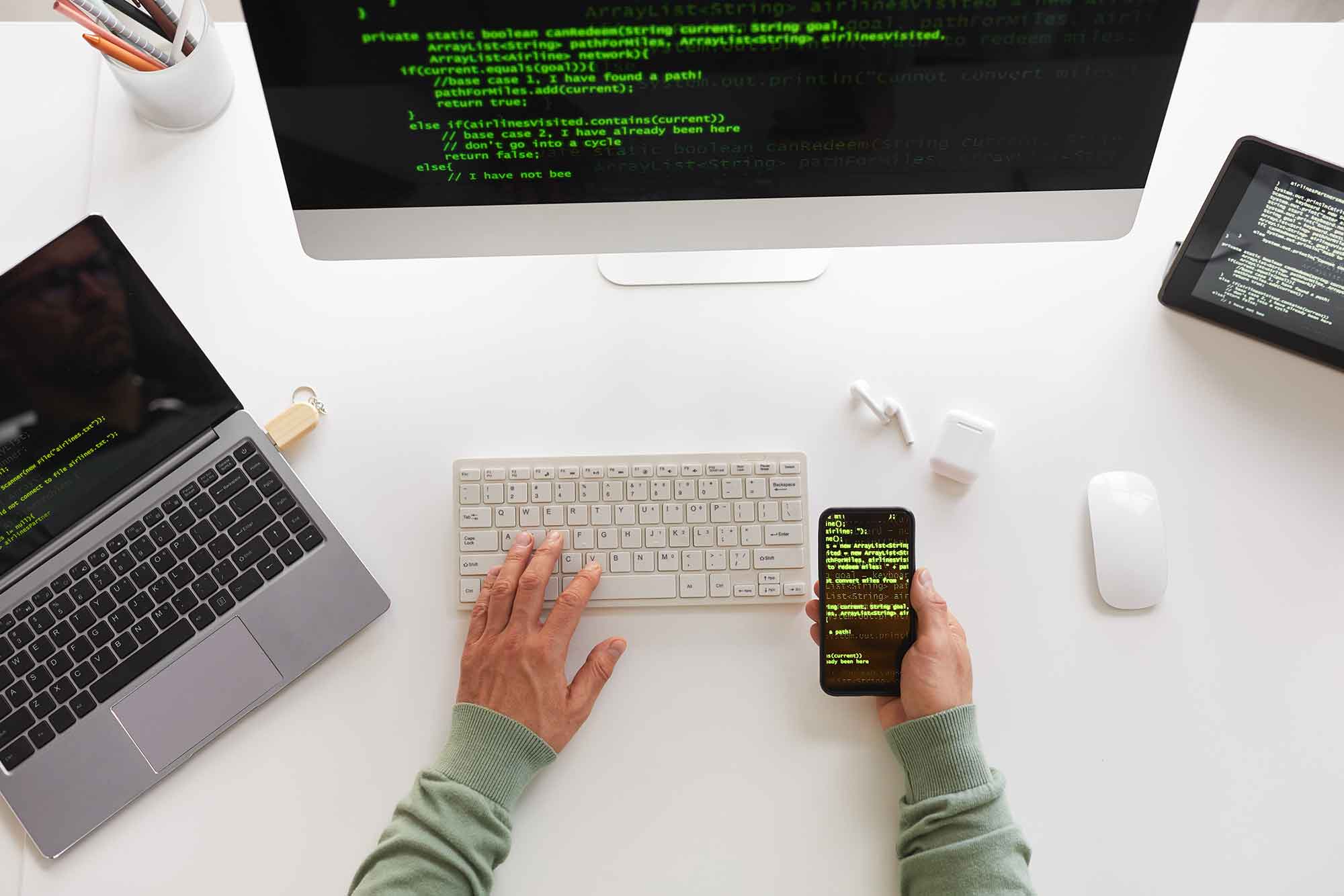 Every business not only needs a website but a website that potential customers will love to visit. That’s why so many business owners are looking to speed up their websites and apps. If you want a faster, more responsive site, then HTTP/3 could be the solution you’re looking for.

In our helpful HTTP/3 guide, we’ll examine just what HTTP/3 is, the host of benefits it brings, and how you can use it to make your website significantly quicker.

First, we’ll look at why speeding up your website is just as important as mobile optimization and making the buying process simpler.

The world of business is becoming ever more competitive, which is why it’s important to have a great website as well as a great product or service. When building or modifying a website, it’s important to focus on what a potential customer wants and how you can make life easier for them.

It’s estimated that online sales will make up 95% of all sales by 2040, so understanding consumer pain points can help you get a bigger slice of this lucrative pie.

Two of the primary factors affecting whether a consumer will buy from a site can be summed up in one word: speed. Speed of delivery and the speed at which the website moves. Studies have revealed the vast difference that even a slight increase in website speed can make to the income generated by online retail, as this chart shows:

There are many steps you can (and should) take to ensure your website is reliable and speedy. These include:

Website speed analysis is an essential step in speeding up your website as it allows you to discover points of weakness that impact everything else. These could be unnecessary spaces in your code, slow executing queries, or broken links, but all of them can create pain for your customers and you.

Continuous testing will ensure you keep on top of these potential website decelerators, but there’s an internet revolution happening that could have an even bigger impact on site speeds: HTTP/3.

HTTP/3 is going to be increasingly big news in the world of computing, but what exactly is it? Put simply, it’s the latest version of the protocol that allows the World Wide Web to exchange information and function as we know it.

HTTP/3 brings a host of new features, and its uptake will also speed up websites. For that reason, it’s sure to be one of the most influential digital trends in years to come.

The HyperText Transfer Protocol is the framework that has allowed the World Wide Web to exist and flourish. Its origins can be found in a 1989 invention by Sir Tim Berners-Lee, and its advent transformed the world we live in.

HTTP/1 was universally rolled out in 1997, although it was superseded by HTTP/2 in 2015. With the World Wide Web becoming ever more congested, and the demand for speed, stability, and security ever more prevalent, the HTTP and QUIC working groups have created an internet draft of the third HyperText Transfer Protocol.

HTTP/3 promises to be one of the most revolutionary developments in web computing since the origin of universal cloud services. Just as people asked “what is public cloud”, so people are wondering about the benefits of HTTP/3. These will become apparent as it enters the public domain.

Currently still in its draft status, HTTP/3 is scheduled to be fully released in late 2021. Forward-thinking internet browser companies, service providers, and cloud managers, however, are already planning ahead and ensuring their offerings are HTTP/3 compatible.

Its adoption is proving rapid in markets across Europe and North America, and as its launch draws closer, this adoption will increase until it becomes the dominant protocol. By 15th June 2021, 19.8% of websites were using HTTP/3, and 71% of web browsers were providing support for it, including market leaders such as the Chrome browser.

As the decade draws on, the impact of HTTP/3 on website and web application definitions will become ever more apparent for businesses, developers, and consumers alike.

How does HTTP/3 differ from HTTP/2?

HTTP/3 is a marked improvement on HTTP/2 in many ways, just as the second version built substantially upon the first. One of the most obvious changes is that HTTP/3 is fabricated upon QUIC using UDP (user datagram protocol) rather than its predecessor protocols, which were built upon TCP (transmission control protocol).

As we shall see, this can bring significant advantages to those looking to speed up websites, and for that reason, it should play a central role for people who are process mapping website creation or development.

Another noticeable difference is that HTTP/3 has integrated TLS 1.3 integration. Having encryption built into the fabric of the protocol means it can provide true end-to-end encryption, while at the same time cutting back on the number of encryption request handshakes that are required.

The QUIC system allows HTTP/3 to make great improvements to the multiplexing offered by HTTP/2. At the time, this multiplexing was seen as a real breakthrough for websites and their developers, but it suffered from a major problem: head of line blocking.

QUIC is immune to head of line blockages, meaning a lost packet will not impact all the other activities that are currently open. In effect, lost packets are now treated individually, rather than causing a major impact across a website as a whole. This native multiplexing feature within HTTP/3 should be one of its most noticeable advantages for end-users.

As we’ve seen, HTTP/3 has a number of significant differences to HTTP/2, but it also shares similarities in many of the features that were a successful part of previous protocols. Header compression is retained, as is the prioritized sending of CSS and JavaScript elements. Parallel streaming is enabled, and page content is given the highest priority whatever other elements are being transacted.

How will HTTP/3 speed up websites?

Developers who speed up websites will bring great benefits to their clients. Just as cloud migration services have made data storage and retrieval faster and more secure, HTTP/3 is set to make websites of all sizes quicker and more reliable.

One reason HTTP/3 will be significantly faster than HTTP/2 is its leaner, smarter UDP framework. Because a failure of one packet will not have a detrimental effect on other streams, the website as a whole should be more stable and faster to respond.

The new handshake system means encryption is far quicker too, which again should have a noticeable effect on the speed of the website as a whole. This is a much-needed improvement, especially as the number of internet users, and therefore website visits, continues to grow across the world. Germany, for example, had 66.4 million internet users by the end of 2020, and the graph is still heading upward.

Another way HTTP/3 can speed up websites is in its use of zero roundtrip time connection resumption, commonly referred to as 0-RTTT. This was a feature of HTTP/2, but once again, it has been built upon and perfected in this third iteration of the HyperText Transfer Protocol.

This improved 0-RTTT connection means clients and servers can call upon data cached when a connection was first made between them. Using the QUIC operating system, application data can now be sent immediately without the need for any handshakes to have been established. Now, when an end-user visits a website, it should load almost instantly.

How to make the most of HTTP/3

In the years ahead, using websites will be a much quicker process for us all, thanks to the QUIC UDP capabilities of HTTP/3. The inbuilt encryption means the process of using the World Wide Web will also be more secure and less vulnerable to hacking. For that reason, it should transform asset security across the digital world.

With all these advantages and more, smart developers need to start preparing to make the most of all that HTTP/3 can offer as it continues to be rolled out. Whether you’re developing a new website or carrying out website maintenance on a site you already manage, now is the time to ensure you have HTTP/3 compatibility in place.

From Google to Facebook, the big internet players are already prepared for the advantages that HTTP/3 will bring. You should follow their example. Building faster, more secure websites will be easier than ever before, which is good news for consumers and website visitors and great news for developers.

Marjorie Hajim is the SEO Manager for EMEA at RingCentral, a leading cloud communications company that provides VoIP and video conferencing services. She develops and executes strategies for short-term and long-term SEO growth. In her spare time, she loves reading books at coffee shops and playing with her dogs.

How to stay sane when coding remotely

Working from home has many challenges and benefits for coding professionals – let's see how to make the most out of it.

Jobs, Jobs, Jobs. Depending on the country you would like to apply in, you have to stick to the respective application standards. Dossiers in Europe usually contain a CV, whereas in America they work with so-called resumes. The difference is mainly the scope of the content.
by
Aug 12, 2022

Have a look at the 7 best steps for writing good software technical documentation and creating something worthy.