The role of a Java developer 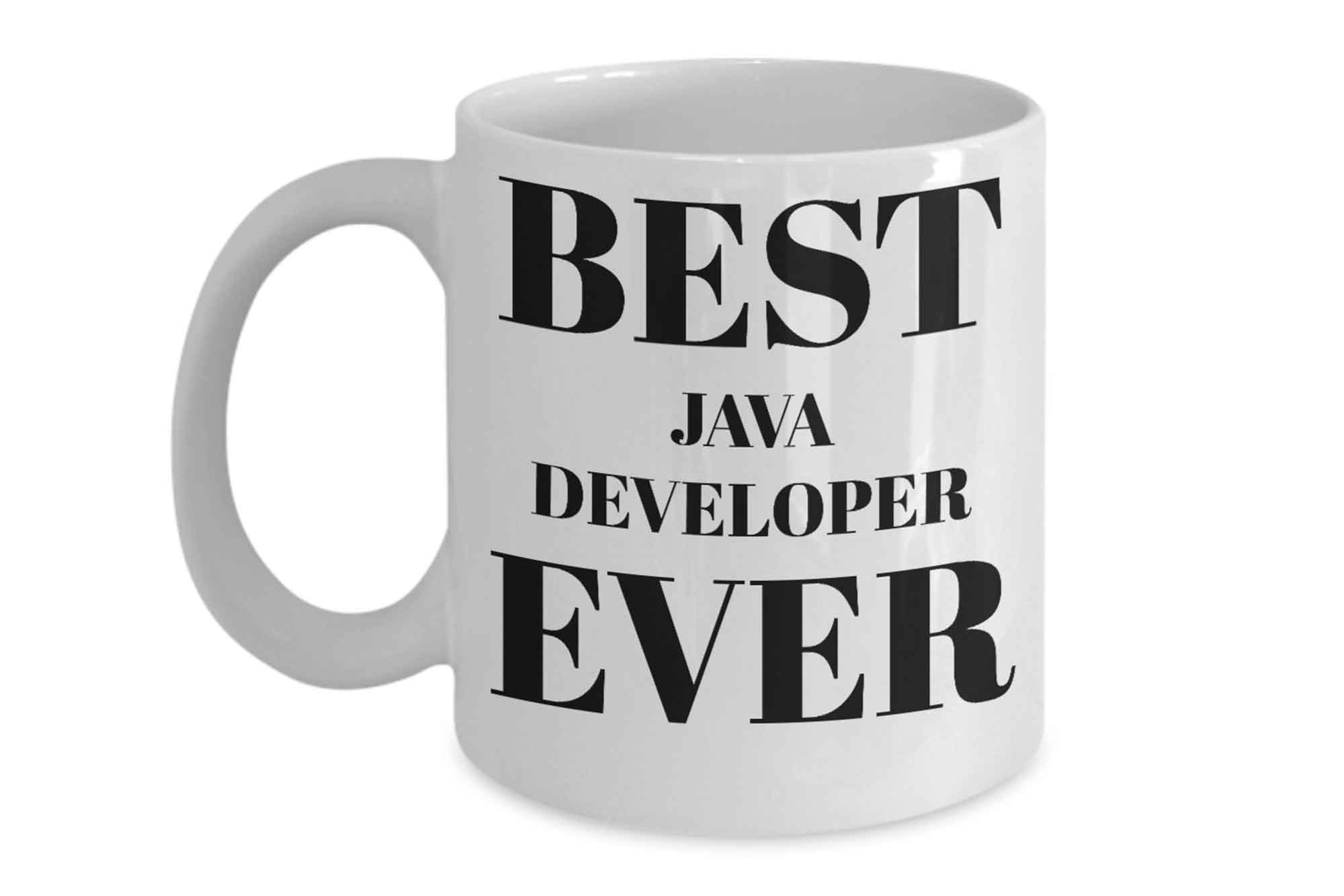 They are involved throughout the entire development life cycle of a product. They must be able to identify and analyze any issues or problems and come up with an efficient solution. Other duties may include collating and documenting user requirements, analyzing data, and quality assurance testing.

Java was released in 1995 by Sun Microsystems (which has been acquired by Oracle) and is a programming language that is concurrent, class-based, object-oriented, and is based on the syntax of C and C++. Java is known for its efficient processing speed in software, computer games, and applications for both desktop and mobile. It is used to develop software and web-based applications for various platforms and is very popular due to its ease of use for beginners though it can still take some time to master.

What does a Java developer do?

Java developers are responsible for many tasks throughout the development lifecycle of applications, from concept and design right through to testing – similar to other high-level programming languages. Here are some other responsibilities they may have:

From laptops to datacenters, game consoles to scientific supercomputers, cell phones to the Internet, Java is ubiquitous. Companies such as Uber, Pinterest, Google, Instagram, Spotify, Netflix, and Airbnb use Java in their tech stack, proving Java’s popularity and effectiveness. Although Java has begun to lose its popularity over the past couple of years slightly, the fact that major corporations continue to use it underlines its reliability and good support. Therefore, the programming language traditionally has strong industrial programming positions and in the enterprise segment.

Google uses Java for many of its products. Mainly for back-end programming but also user interface development. For example, Google Docs – a document management application that is very similar to Microsoft Word. But all changes here are saved automatically, and if you are authorized with Google on your devices, you can always open and work with a document everywhere without having to download it. And of course, we need to mention Android – after all, it originates from the Java Virtual Machine. Therefore, this language also can be used for mobile application development.

Despite the popularity of Java, many Android developers are already actively switching to Kotlin that runs on top of the Java Virtual Machine and has many advantages specifically for mobile development – it is much more concise and less resource-intensive.

Netflix is one of the most popular and largest entertainment companies that provide movies and TV shows on streaming multimedia. Most of the applications of Netflix run on Java. With a slight mixture of C++. Android and Android TV applications are almost built in Java.

Spotify is one of the most popular online streaming audio services, globally. It uses Python and Java to implement some functionality of its web application, e.g., to log and stabilize data transfer. Java is the primary programming language for the Android application.

The world-famous sandbox indie computer game is written in Java. Minecraft comes with Java 1.8 by default (upgrading is recommended).

Java is an essential technology, along with Python, Node.js, and Go. Uber chose Java because of its high performance. And of course, Uber used Java as the primary language in developing its Android mobile application.

LinkedIn is one of the largest business social networks. Java is one of the main languages of the server-side of the platform. It mainly helps to implement the logging functionality, message, and recognize and convert links in texts. The official LinkedIn mobile app for Android is also developed with Java.

Most people know this giant for its powerful online e-commerce platform. However, this is far from all that they can offer. Amazon is recognized as one of the world’s largest technology companies, Google, Apple, Microsoft, and Facebook. Mostly, Amazon uses Java for its web services (AWS). They also prefer to write automation scripts in Java, as they are well supported, have many internal tools and environments for developing helper tools.

NASA World Wind is a three-dimensional interactive virtual globe that uses NASA satellite imagery and aerial photography to build 3D models of the Earth, Moon, Mars, Venus, and Jupiter. NASA World Wind is proprietary, open-source software. The program is written in Java and runs on all operating systems the OpenGL stack is implemented for. Initially, the program contains low-resolution maps. When zooming in some areas on the map, high-resolution images are downloaded from NASA servers. The program allows you to select the scale, direction, viewing angle, visible layers, and search by geographical names. The application also can display the names of geographical objects and political boundaries. NASA World Wind has an extensible architecture. There are GPS plugins for displaying clouds, earthquakes, hurricanes in near real-time, and several others.

What is the salary of Java developers?

The average salary ranges vary mostly depending on the size of the company. Established companies can pay higher salaries than, e.g., startups can.

Required skills for a fresher are:

The skills listed above are the basic ones the company would ask for. They might vary from one organization to another.

How to become a Java developer?

Java developers need a wide range of skills, from a thorough knowledge of the basics to understanding the latest developments. Java developers also need experience beyond the language itself, including how the development process works and how to navigate the environments in which the code runs.

Like other software development fields, there is no one way to learn a programming language such as Java. A lot of software developers learn Java during their education. If you did not learn Java in school or university, we have searched the web to find a comprehensive roadmap to becoming an experienced Java developer.

However, most employers require applicants to have a degree in computer science, information systems, mathematics, or any other related field. Computer science degrees tend to be preferred as they include courses related to Java programming, including data structures, computer architecture, database management, statistics, and technical writing. We recommend Java developers to have a professional certification in Java development.

Applicants without any degree or education can still be considered if they can show significant knowledge and programming experience in Java.

Are Java developers in demand?

Java is continuously growing, and we need to grow with Java. Since its introduction in 1995, it has remained a steady and vibrant programming language for reasons besides its robustness and comprehensive platform. There are new releases about every three to twelve months. Java Virtual Machine programming languages keep increasing (e.g., Kotlin). The demand for Java developers remains high on the job market as they are said to be the most employable software professionals out there. Check out open Java positions!

The future is here: How artificial intelligence is influencing UX design

AI is assisting designers and developers in almost every area of their work and, ultimately, empowering them to do their jobs better.

The funniest robots.txt files only developers will understand

The robots.txt file is actually only intended for bots. But some websites still use it for hilarious messages its human readers. We show you the funniest examples only developers will understand.

7 Quick ways you can improve your IT security

Opting for IT solutions and consulting services will help businesses to improve their IT security. Here are 7 quick ways to improve your IT security and protect your sensitive data from cyber-attacks.