Python interview questions and answers to know before interviewing 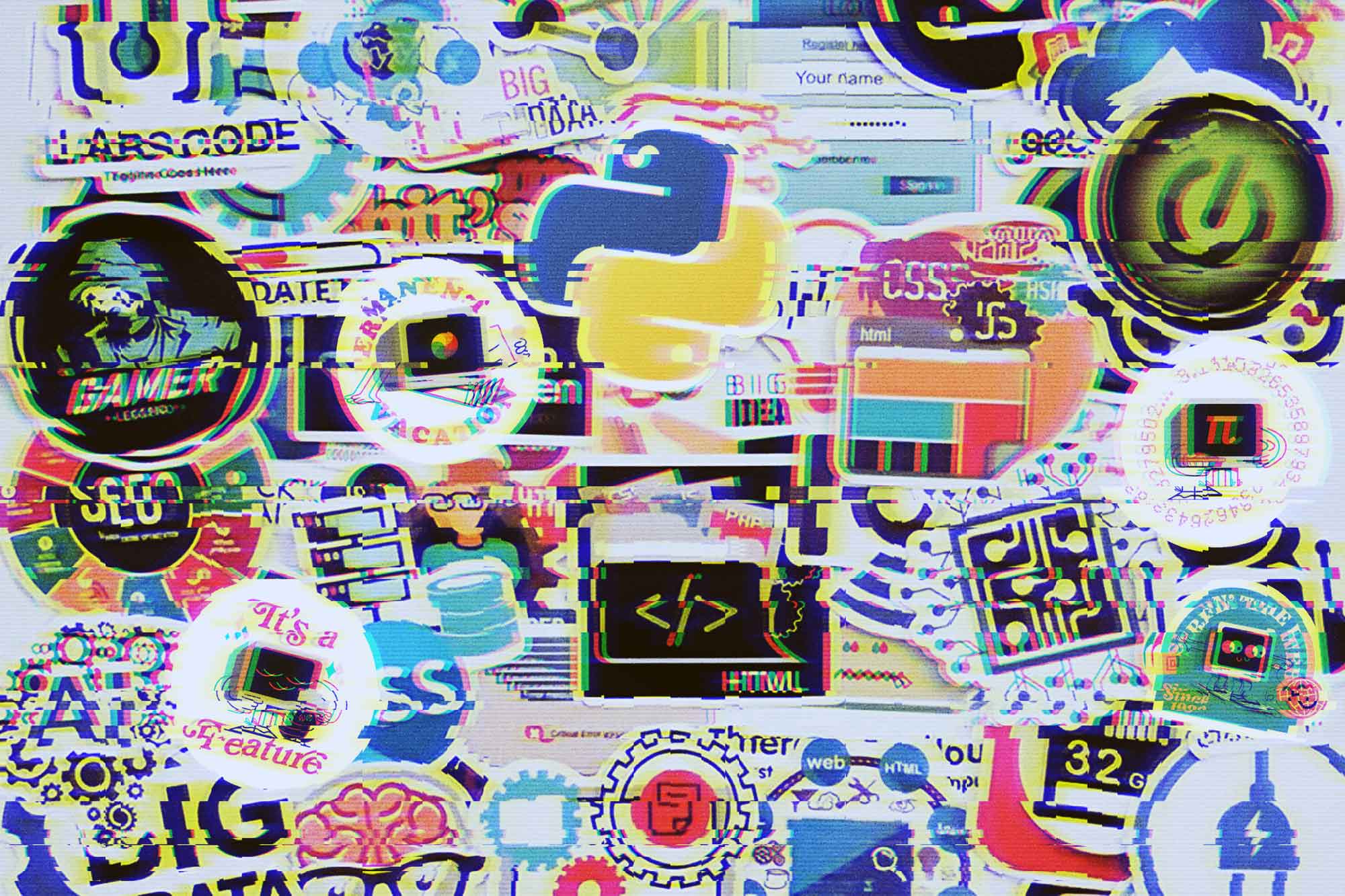 We have compiled this list after accompanying dozens of technical interviews in top-notch tech companies. Often, these questions and concepts are used in a Python developer’s daily programming work. But these are most helpful when an interviewer is trying to test your deep knowledge of Python.

Once you go through the Python interview questions and answers in the first pass, mark the questions you could not answer yourself. Then, in the second pass, go through only the questions you could not answer in the first place. After going through this list two to three times, you will be well prepared to face a technical interview on Python for an experienced software developer – there are numerous jobs waiting for you.

1. What are the benefits of using Python?

PEP 8 is a style guide for Python code. This document provides the coding conventions for writing code in Python. The coding conventions are about indentation, formatting, tabs, maximum line length, imports organization, line spacing etc. We use PEP 8 to bring consistency to our code which makes it easier for other developers to read the code.

3. What is the difference between a tuple and list in Python?

In Python, tuples and lists are built-in data structures. Some of the differences between Tuple and List are as follows:

4. What is the difference between list and dictionary data types in Python?

Main differences between List and Dictionary data types in Python are as follows:

5. What are the built-in types available in Python?

Same of the built-in types available in Python are as follows:

Numeric types: These are the types used to represent numbers in Python.

Sequence types: These types are used to represent sequences of characters or objects.

Sets: These are unordered collections.

Mappings: This is similar to a Map in Java.

6. How will you concatenate multiple strings together in Python?

We can use following ways to concatenate multiple string together in Python:

7. What is the use of the pass statement in Python?

8. What is the use of slicing in Python?

Slicing is a string operation for getting a substring, or some part of a list. In Python, a string (say text) begins at index 0, and the nth character stores at position text[n-1]. Python can also perform reverse indexing, i.e., in the backward direction, with the help of negative numbers. In Python, the slice() is also a constructor function which generates a slice object. The result is a set of indices mentioned by range(start, stop, step). The slice() method allows three parameters. 1. start – starting number for the slicing to begin. 2. stop – the number which indicates the end of slicing. 3. step – the value to increment after each index (default = 1).

9. What is the difference between an iterator and iterable in Python?

Iterators in Python are array-like objects which allow moving on the next element. We use them in traversing a loop, for example, in a “for” loop. Python library has a number of iterators. For example, a list is also an iterator and we can start a for loop over it. The collection type like a list, tuple, dictionary, and set are all iterable objects whereas they are also iterable containers which return an iterator while traversing.

10. What is the lambda expression in Python?

None keyword represents the null values in Python. Boolean equality operation can be performed using these NoneType objects.

Python provides the // operator to perform floor division of a number by another. The result of the // operator is a whole number quotient that was divided by the left number with the right number. It can be also used floordiv(a,b).

A module is a file written in Python containing Python code with import statements, classes, functions etc. Modules can be imported into another Python file. With modules functionality of applications can be divided into smaller parts to structure a program. The folder of a Python program is a package of modules. A package can have modules or subfolders.

14. How can we create a dictionary with an ordered set of keys in Python?

In a normal dictionary in Python, there is no order maintained between keys. To solve this, the OrderDict class can be used. The class is available since version 2.7.

Python is an object-oriented programming language. However, Python can be treated as procedural as well as structural language.

16. What is the difference between the append() and extend() methods of a list in Python?

In Python, the append() and extend() methods are used to add elements at the end of a list.

17. What are Errors and Exceptions in Python programs?

Errors are coding issues in a program which may cause it to exit abnormally.Exceptions happen due to the occurrence of an external event which interrupts the normal flow of the program.

18. How will you improve the performance of a program in Python?‍

There are many ways to improve a Python program. Some of these are as follows:

19. What is pickling in Python?

20. How does memory management work in Python?

21. How are arguments passed in a Python method? By value or by reference?

22. How do you perform unit testing for Python code?

unittest is a unit testing framework of Python. Unit testing means testing different components of software separately. Can you think why unit testing is important? Imagine a scenario, you are building software which uses three components namely A, B, and C. Now, suppose your software breaks at a point time. How will you find which component was responsible for breaking the software? Maybe it was component A that failed, which in turn failed component B, and this actually failed the software. There can be many such combinations. This is why it is necessary to test each and every component properly so that we know which component might be highly responsible for the failure of the software.

23. What is the use of generator in Python?

We can use generator to create iterators in Python. A generator is written like a regular function. lt can make use of the yield statement to return data during the function call. In this way we can write complex logic that works as an iterator. A generator is more compact than an iterator due to the fact that __iter__() and next() functions are automatically created in a generator. Also within a generator, local variables and execution state are saved between multiple calls. Therefore, there is no need to add extra variables like self.index etc. to keep track of iterations. Generator also increases the readability of the code written in Python. lt is a very simple implementation of an iterator.

24. What is the significance of functions that start and end with _ symbol in Python?

Python provides many built-in functions that are surrounded by _ symbol at the start and end of the function name. The double _ symbol is used for reserved names of functions. These are also known as system-defined names.

25. What is the difference between xrange and range in Python?

In Python, we use range(0,10) to create a list in memory for 10 numbers. Python provides another function xrange() that is similar to range() but xrange() returns a sequence of objects instead of a list of objects. In xrange() all the values are not stored in simultaneously in memory. It is a lazy loading based function. The benefit of xrange() over range() is very minimal in regular scenarios. As of version 3.1, xrange is deprecated.

Flask is a micro-framework based on Python to develop web applications. It is a very simple application framework that has many extensions to build an enterprise-level application. Flask does not provide a data abstraction layer or form validation by default. External libraries can be used on top of Flask to perform such tasks.

28. How can we retrieve data from a MySQL database?

For MySQL databases, the MySQLdb module is imported. The specific database has to be connected by passing the URL, username, password, and the name of the database. Once the connection is established, a cursor with cursor() can be opened. On an open cursor, the fetch() function can be used to execute queries and retrieve data from the database tables. ‍

29. What is the difference between split() and slicing in Python?

A split() function works on strings to cut a large piece into smaller chunks, or sub-strings. We can specify a separator to start splitting, or it uses the space as one by default. Slicing is also a string operation for extracting a part of the string, or some part of a list.

In Python, the debugger pdb can be used for debugging code. To start debugging the following lines need to be entered on the top of a Python code.

After adding these lines, the code runs in debug mode. Commands like breakpoint, step through, step into etc. can be used for debugging.

31. How will you specify source code encoding in a Python source file?

By default, every source code in Python is in UTF-8 encoding. But we can also specify our own encoding for source files. This can be done by adding the following line after “#!” in the source file.

In the line above we can replace encoding with the encoding that we want to use (e.g. ascii, latin-1 etc.).

32. How will you perform Static Analysis on a Python Script?

33. What is a Python Decorator?

34. What is a namespace in Python?

35. What is the difference between docstring in Python and javadoc in Java?

A docstring in Python is a string used for adding comments or summarizing a piece of code in Python. The main difference between javadoc and docstring is that docstring is available during runtime as well. Whereas, javadoc is removed from the bytecode and it is not present in .class file. We can even use Docstring comments at run time as an interactive help manual. In Python, we have to specify docstring as the first statement of a code object, just after the def or dass statement. The docstring for a code object can be accessed from the '__doc__' attribute of that object.

36. What are the different methods to copy an object in Python?

There are two ways to copy objects in Python:

37. What is a metaclass in Python?

38. What is the use of frozenset in Python?

‍39. How to check if a class is a subclass of another class?‍

Python provides a useful method issubclass(a,b) to check if class a is a subclass of b.

E.g. int is not a subclass of long
>>> issubclass(int,long)
False

E.g. bool is a subclass of int
>>> issubclass(bool,int)
True

Tips for acing your interview

By refreshing your knowledge with the Python coding interview questions above for your next developer job interview, you are bound to do great! However, keep in mind that your expertise is only one part of a job interview, be yourself, keep calm and relaxed, and kick some technical interview ass.

Jobs, Jobs, Jobs. Depending on the country you would like to apply in, you have to stick to the respective application standards. Dossiers in Europe usually contain a CV, whereas in America they work with so-called resumes. The difference is mainly the scope of the content.
by
Nov 20, 2020

It's hot, it's new, it's our first print magazine

We are proud to announce our first print magazine called "We Are Developers!" – in cooperation with Heise Medien and powered by heise developers. Take a look for yourself and get your free copy!

Need some basic insights into Java? We got you covered!